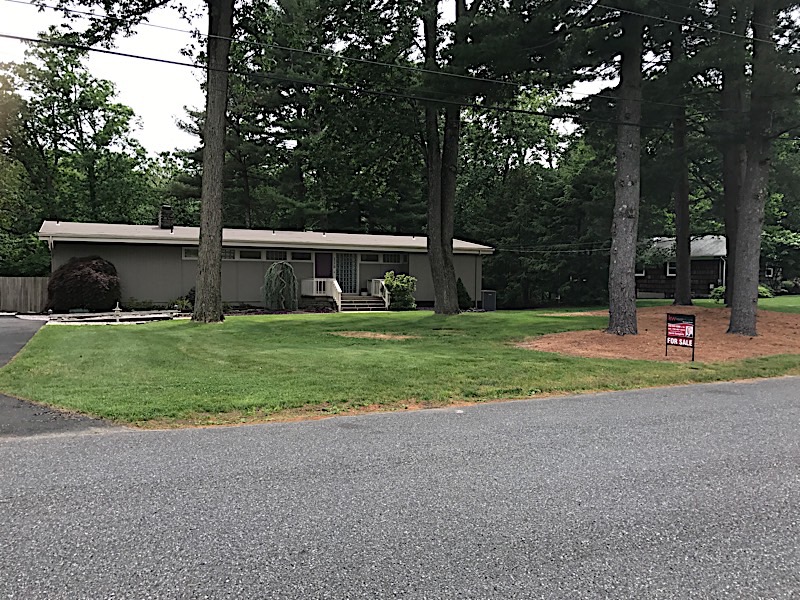 We are at our first RV Rally this weekend with the FMCA  20th Century Wagontrainers chapter at The Resort at Massey’s Landing in Millsboro, Delaware.  Unfortunately it is raining today so it’s a good time to catch up on the blog. We’ll upload a post about the rally and campground at a later time.

Well it’s been a very busy few months but we finally finished getting the house ready and it went on the market a couple of weeks ago. It was a lot of work and very frustrating at times. It seemed as though the house knew what was going on and decide not to cooperate because it seemed as though when we tried to fix or update something, something else broke.

A good example would be the pool. It’s been a few years since we opened it so there was a lot of dirt and “muck” that had to be vacuumed up. We had the filter cleaned and started up the pumps, everything was running perfect, and the pressure was right were it was supposed to be. I started the robotic vacuum and after the first day it was no longer moving around. Since it was about 10+ years old, I figured it was too much for it to handle and went out and bought a replacement. If you have a in-ground pool you know they are not cheap. Well the next day I went out to start the vacuum up and the pump would not start. The motor was dead.

I scheduled it’s replacement with the service company and meanwhile the pool is turning green with algae. It was shocked when we opened it up but with hot weather it was beginning to be a losing battle.

With the new vacuum pump installed, and the pool shocked two more times, it was time to start up the vacuum and get the pool cleaned so it looks good for when the Realtors show the house. I went out to start everything up and from a distance I could tell something was wrong; the main pump didn’t sound right. And I was right, the pump motor was running but the was no pressure. Crap, here we go again. Another call to the service company to schedule this replacement. This motor and pump was 13+ years, and they could have researched and replaced just the pump portion, but I chose replace the entire unit since it would be just my luck that  the motor would go after the pump was replaced.

And of course, the water, which was clear, is turning green again.

After about 15 minutes the vacuum stops moving. What now? (I used other choice words at the time) I have no time to send the vacuum out to get looked out, so it was back to the pool store for another vacuum . This “new” one lasted only a day before it stopped working.

I had the original vacuum for close to 13 years and I never had any issues with it (until it died)  The two replacements I bought were from the same manufacturer which I won’t mention the name (Polaris). Evidently their products aren’t manufactured at the same level now, and now would consider them to be a very expensive lawn ornaments.

So now, I have a “manual” vacuum head on a long pole that connects right into the filter basket. It works really well and vacuuming is now a workout, but the pool is coming back clear and clean.

The pool fiasco is just one example of the trials and tribulations we have faced with putting the house on the market. I could write many more posts on all of the other issues we have had to overcome, but no one would believe us.

Our next big hurdle is the new septic system we need to install since the State has outlawed cesspools, and we aren’t allowed to sell the house with them. After hiring an engineer to design it (with the help of out contractor) and submit the permits, the county denied us and if we keep the design, they are requiring us to submit it to the state for approval, which will take four months an many many more dollars. We’re now back to the drawing board, redesigning, and plan on resubmitting the new design to the county for approval. Hopefully they will approve, and do it quickly.

On a good note, when the house went on the market, we moved the motorhome to a campground about 15 miles from the house and are living in it full time. We thought it would just be easier if we were out of the house so the Realtors can show the house whenever they wanted. Being that  I work from home, there are times when I wouldn’t be able to stop what I was doing so they could show the house.

So we are officially full timers and loving it, and our plans are still the same with hitting the road in early September.