We drove into St. Louis for the riverboat tour and to check out the city. Parking down at the waterfront is hard to find so after dropping Debbie off, i eventually found a spot under the Merchant’s Bridge.

The tour was ok, an hour long and cost us each $20.00. It basically goes north to the Stan Musial Veterans Memorial Bridge, turns around then goes south and turns around after the Merchants Bridge. The entire time the captain, and for our trip a National Park Ranger, explained the different businesses and building and their history. The Park Ranger spoke about how where the river begins and how you can take the river from Minnesota to New Orleans.

When we were driving into St. Louis we were supposed to take the Martin Luther King Bridge. However, it is closed for repairs and won’t reopen for another year. The detour took s over The Stan Musial Veterans Memorial Bridge, which wasn’t bad. But I still hate going over bridges in the motorhome.

I recommend taking the riverboat tour if you want to see the Gateway Arch, but like us, not interested in taking the tram to the top.

After the tour we drove through the city to the Delmar Loop and had an early dinner at Fitz’s restaurant. If you are ever in St. Louis you have to go here. food was outstanding and the root beer was ice cold. 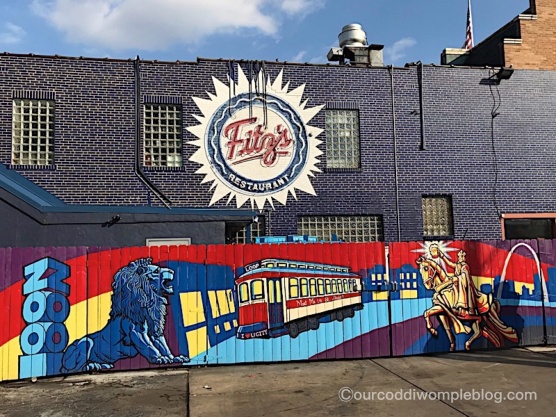 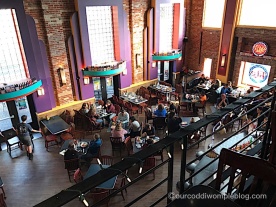 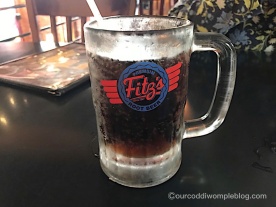 Debbie had the St. Louis Slinger, which is a local classic featuring seasoned fries topped with a Bottler’s Burger, house made cheese sauce, Colby Jack cheese, Fitz’s chili and a sunny side up farm fresh egg.

It was delicious but too much food. Neither one of us could finish our dinners.

On our way back to Eureka, we detoured over to Kirkwood to see a Frank Lloyd Wright house. It is one of only five that are in Missouri. Tours are by appointment only so we just got to see the outside.

It was a great day being a tourist in St. Louis. Tomorrow our plan is to drive the Historic Rt. 66 from Eureka to Cuba to see the town’s murals. Should be fun, so stay tuned.